Cynthia and I will be speaking on getting the first draft done at the Writers' League of Texas February meeting, on February 19, 2009, at 7:30 PM, at their new offices at 611 S. Congress. For more on THE FIRST DRAFT: LET THE WORDS RIP, check out the WLT web site.

Congratulations to College Station's Kathi Appelt, for receiving the Newbery Honor for her novel The Underneath!

Check out the article in the Austin American-Statesman on Austin SCBWI member Betty X. Davis. Cynthia has more on Betty and the article here.

Jennifer Ziegler, author of HOW NOT TO BE POPULAR, is the featured author on the Bookkids (BookPeople) blog.

Go see What Austin Public Library Can Do for You!

Finally, if you want to see how not to get an agent, go check out this post by Lisa Yee (starring Peepy and Ginger Knowlton!). Okay, so none of them is Texan, but Ginger is Cyn's and my agent, so that sort of counts, right?
Posted by Greg Leitich Smith at 11:00 AM No comments: 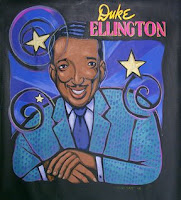 The devastation to Galveston Island by Hurricane Ike has been oddly little-covered in the media (not just national media -- we really haven't heard much in Austin). But Ike took out the entire first floor of Galveston's Rosenberg Library (the first library in Texas), which housed their children's library, among other things (although their historical collections seem okay). Please consider making a contribution to the rebuilding effort.

Or, you can go to the web site of TLA's Texas Library Relief Fund and Take a Chance on Art: buy a raffle ticket for Don Tate's portrait study (for an upcoming picture book) of jazz great Duke Ellington. To learn more, read interviews with TLA librarian Jeanette Larson and illustrator Don Tate.
Posted by Greg Leitich Smith at 7:09 AM No comments:

A Potter week and thoughts on setting

So, this week, with Cyn away, I decided to finally sit down and read the Harry Potter books all the way through (Until this week, I'd only read the first four) and watch all the movies. And Cyn's Vermont lecture is on setting (and I've been working on a sci-fi/fantasy novel), so I've been thinking about that a lot recently.

I'd forgotten just how much Hogwarts is almost a character itself. In the books, Hogwarts is of course more than merely backdrop -- being there over the school year drives some (much?) of the personal dynamic and fleshes out the conflicts with Snape and Malfoy and other students and faculty. Thus, Rowling gives us the intensity of quidditch matches and the drive to win the "House Cup," which makes the loss or gain of points due to behavior, academic achievement, or the biases of faculty resonate more. There's also time to develop Harry and the rest's relationships with individual teachers. With each volume, you also get the feeling you've been there for a full school year (I would've liked to see more of the place in book 7, although I can see why they don't get there until the end).

But that's also why the movies don't quite work for me. They're visually stunning, sure (and the casting and costumes are perfect), but despite their length, you don't get the feeling of settling into place. It's almost as if Hogwarts is merely a board on which the characters are moved around in a jerky, frenetic manner as the movie tries to capture all the major plot points. The House Cup all but disappears after the first movie and Harry's relationships with the faculty and even with Dumbledore and Hagrid seems underdeveloped...Oh, well, maybe there'll be an extended version...

Doesn't it seem odd that, nineteen years later, none of the gang of three are faculty?
Posted by Greg Leitich Smith at 6:53 AM No comments: 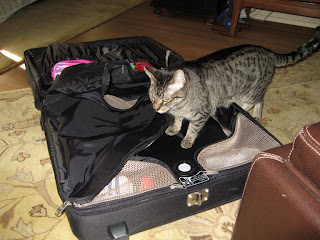 Sort of. Leo very much wanted to accompany Cyn to Vermont (where she is teaching at the winter residency for the MFA in Writing for Children program). Until he found out how cold it is there...

Before finishing packing yesterday (with the assistance of Leo, of course), we attended the Austin SCBWI monthly meeting at BookPeople, where Jennifer Ziegler gave a fascinating and fun talk about writing for the mass market. 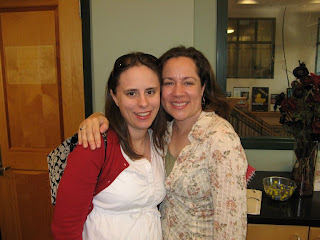 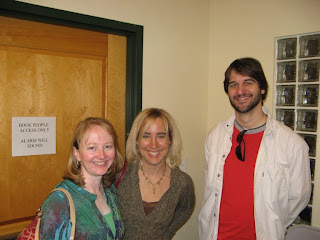 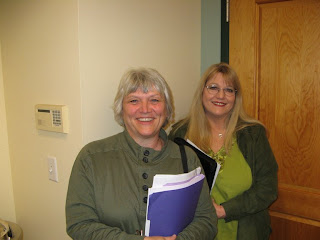 For more info on Austin authors, go on over to BookPeople and check out their new Austin authors display.
Posted by Greg Leitich Smith at 2:55 PM 1 comment: 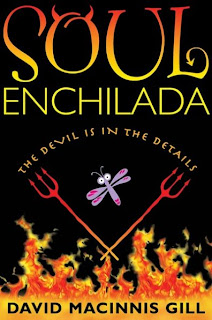 SOUL ENCHILADA, by David Macinnis Gill (Greenwillow, 2009)(12+). Bug's grandfather sold his soul to the devil for a '58 Cadillac. Now that he's dead, payment is due. But somehow, he escaped, which means that Bug is responsible - when she was thirteen, her grandfather tricked her into co-signing.

Even with the assistance of her longtime crush Pesto (who is not what he seems), can Bug make sense of her life and save her immortal soul and/or her Biarritz?

SOUL ENCHILADA is warm, funny, and full of grace. Richly detailed, Bug and Pesto are engaging and believable; readers will be enthusiastically rooting for them to smite the devil. Highly recommended.
Posted by Greg Leitich Smith at 1:46 AM No comments: 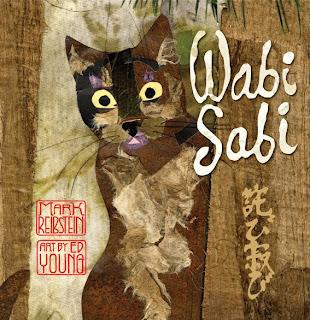 WABI SABI, by Mark Reibstein (ill. by Ed Young)(Little Brown 2008). "Wabi Sabi" is the Japanese concept of the beauty of impermanence. In WABI SABI, it's also the name of a cat who is driven to learn what his name means...

Told in haiku and sparse prose, and illustrated in collage, WABI SABI beautifully explores the concept of wabi sabi and is an altogether lovely and elegant picture book.
Posted by Greg Leitich Smith at 3:04 AM No comments:

WHERE THE MOUNTAIN MEETS THE MOON 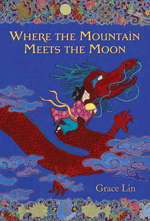 WHERE THE MOUNTAIN MEETS THE MOON, by Grace Lin (Little Brown, June 2009)(ages 8-12). Minli lives with her parents in a village near the Jade River and Fruitless Mountain. Like everyone in their village, they are poor, barely growing enough rice to feed themselves. While Minli's mother grows increasingly bitter, Minli's father tells stories of the Jade Dragon and the Old Man of the Moon. So Minli decides to undertake a quest, to meet the Old Man of the Moon and discover how they can change their fortune. As she travels on her epic journey, Minli encounters an assortment of magical and nonmagical creatures, including a red dragon .

A wholly original tale, WHERE THE MOUNTAIN MEETS THE MOON intersperses Lin's take on Chinese legends and folktales with Minli's quest, resulting in a story that is both graceful and profound.
Posted by Greg Leitich Smith at 1:32 AM No comments: 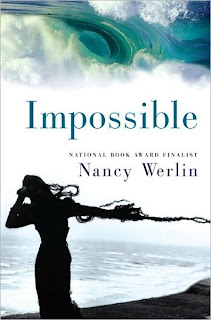 IMPOSSIBLE, by Nancy Werlin (Dial 2008). Seventeen-year old Lucy Scarborough, like all women in her family, is cursed. Unless she can perform three seemingly impossible tasks by the time her daughter is born, she will go mad...Unlike her ancestors, though, Lucy has loving friends and foster parents. But will that be enough?

Inspired by the ballad Scarborough Fair, IMPOSSIBLE is a thought-provoking read that offers engaging characters and suspense as it brings the eldritch atmosphere of Irish myth and legend to the suburbs (while exploring issues of love and friendship, with a hint of parsley, sage, rosemary, and thyme).
Posted by Greg Leitich Smith at 12:01 PM No comments: 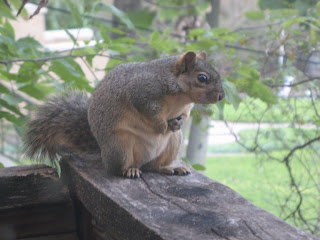 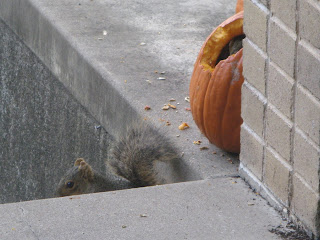 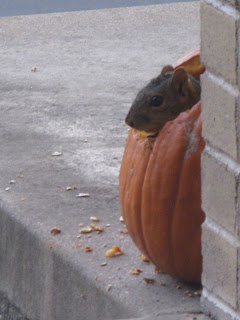 lest I myself get eaten... 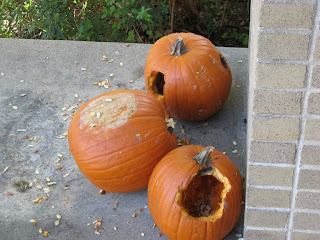 by one of these: 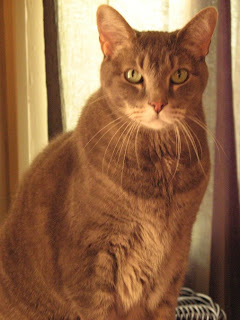 Posted by Greg Leitich Smith at 12:10 PM No comments: