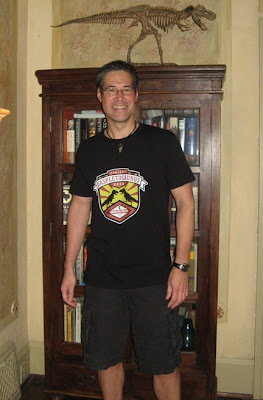 You can still pledge, though, and also buy some of the cool stuff offered by David Orr (Anatotitan) on his Redbubble site.

Above is a special DINO A DAY T-shirt featuring one of David Orr's project logo design.
Posted by Greg Leitich Smith at 5:04 PM No comments:

ICE: THE AMAZING HISTORY OF THE ICE BUSINESS 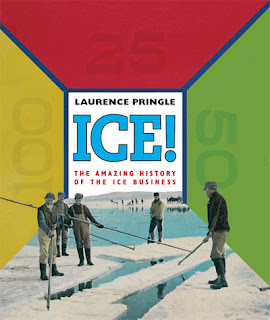 ICE!: THE AMAZING HISTORY OF THE ICE BUSINESS, by Laurence Pringle (Calkins Creek/Boyds Mills 2012)(ages 8+).  Before mechanical refrigeration, there was ice, which had to be harvested during the winter, stored, transported, and then delivered to customers.  ICE! offers a fascinating glimpse into a lost industry and illuminates a portion of day-to-day life a century ago. Photos and sidebars offer additional information and insights.
Posted by Greg Leitich Smith at 9:52 AM No comments:

It will change the way you think about donuts. And hamburgers. And pretzels.

So, this weekend marks the conflation of a series of somewhat disparate events that conspired together to culminate in some rather interesting culinary, err, mash-ups involving one or more of the Leitich Smiths (by which I mean, me.).

First, today marks three weeks since the Austin Marathon and, therefore, the official end of my "recovery" period (both in terms of workouts and dietarily).  Essentially, this meant that while I was not going to indulge my every dietary whim (Fannie May Mint Meltaways at every meal!  Jolly Rancher Watermelon candies on the hour!) , I was going to be less punctilious about what I ate.

Second, Cyn is at Vermont College teaching a workshop, which means there is a precedent for my undertaking some rather extreme dietary experiments. (For the record, at the end of the week long Pizza a Day diet plan, I lost 5 pounds).

So, anyway, the theme this time is hamburgers.  Of a rather exotic variety.  The first is the Great Dane Brat and Pretzel Burger at Great Dane Pub and Brewing Company, in Madison, Wisconsin. (Author E.M. Kokie introduced Cyn and me to the place after our round of school visits). 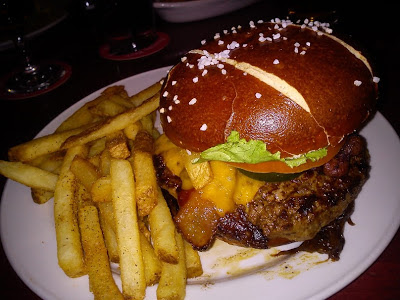 This burger has a beef patty, a bratwurst patty, cheddar cheese, bacon, lettuce, tomatoes, and pickle slices, and it's all served on a pretzel bun!  It is heart-stoppingly good, with a surprisingly subtle, yet rich, flavor -- and the salt chunks add a nice punch.  One of the best burgers I've ever had.  It's also enormous :-).  (I ended up eating the whole thing, even though I figured when I ordered it, I'd only have half).

While we were at the restaurant, I happened to remark that there was this place in Austin that served burgers on a -- get this -- donut bun, but that I had never been there.

Well, that place is Gourdough's Public House, a brick-and-mortar incarnation of Gourdough's Big. Fat. Donuts (one of the bright spots in Austin's food truck scene).  And, of course, tonight, I had to go there.

They have an entire menu based on donuts -- all the entrees come with a donut, and even the salads are accompanied by a garlic donut (Really).  And all the sandwiches come on a donut bun.

Note, however, that while donuts, these are not sugary confections -- they are more on the savory side (I confess that I was skeptical at first, too, but it turns out these things are pretty darn awesome).  (The donuts themselves seem, in texture, somewhere between a traditional cake-style and glazed type).

Here are a couple pics of the Big burger, with pimento cheese blend, cilantro, red onion, and tomato: 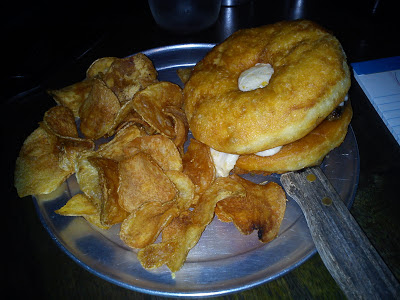 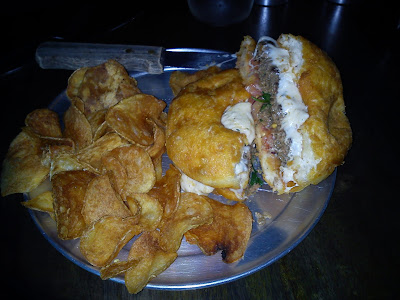 The bun, not surprisingly, was rich, but it didn't overpower the burger.  The cheese was well-matched and I liked the cilantro as well.  And the chips were a nice complement -- I think fries would have been a bit much. (Verily).  All in all, another of the best burgers I've ever had, and I'm anxious to try other things on the menu, as well.

Oh, and I did sample one of the desserts: the leprechaun donut, in honor of St. Patrick's Day.  This confection consisted of a hot donut with a Guinness stout chocolate mint sauce.  (Read that again, and then look at the pictures): 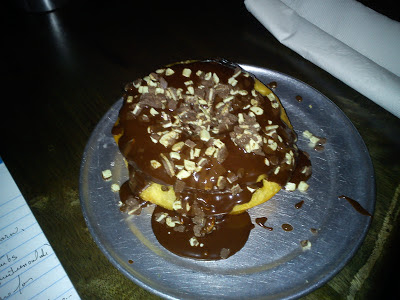 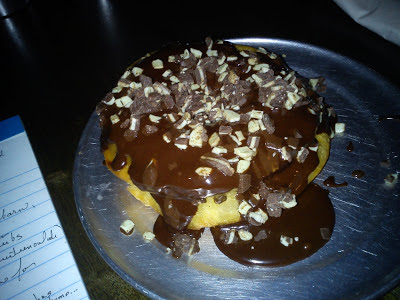 It was amazing. Again, rich without being overly sweet -- the Guinness seemed to cut some fo the sweetness of the chocolate sauce, and the mint added a nice aroma.


Posted by Greg Leitich Smith at 9:21 PM No comments:

Paleontologist and prolific blogger Dave Hone (Dave Hone's Archosaur Musings) has a potential new project in the works: a study of cannibalism in Daspletosaurus.  (Daspletosaurus was a tyrannosaurid from a few million years earlier than T.rex, and slightly smaller).  As I understand it, he would be working with Darren Tanke on analysis and prep work of one or more specimens (Darren Tanke is a preparator at the Royal Tyrell Museum and the one who led the Dino Hunting by Boat Project a couple years back).


To help fund the project (i.e., travel expenses from the UK to Canada, supplies, publishing costs), he's set up a crowd-funding page at Microryza: Cannibalism in Giant Tyrannosaurs.  Check out the Updates page and go here for contributions/donor incentives by several renowned (paleo)artists, including Brett Booth, Luis Rey, and Julius Csotonyi.

In addition, David Orr of Love in the Time of Chasmosaurs has designed a logo and is offering merchandise (T-shirts!) for sale on his RedBubble site (proceeds go to Project Daspletosaurus). 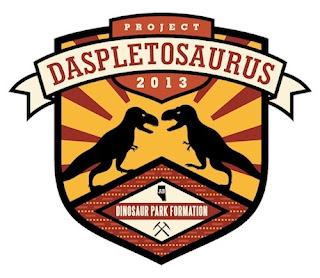 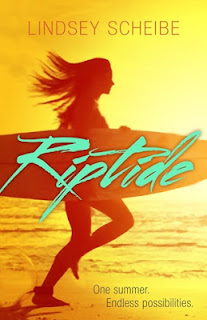 RIPTIDE, by Lindsey Scheibe (Flux, May 2013)(ages 12+).  It's the summer before senior year.  Best friends and fellow surfers Ford and Grace are at different crossroads:  Ford wants to move their relationship to the next level while padding his resume with an internship at Grace's father's law firm.  Grace wants to somehow break free from the Ivy League track her parents have placed her on.

But that means she'll have to pay for college on her own.  So she enters a major surfing competition, one being judged by the coach of the UCSD surfing team, in hopes of winning and landing a scholarship.

And that means, she doesn't have time for Ford.  At least not in that way... 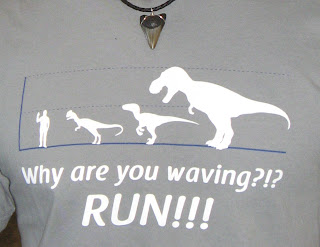