Favorites of 2009 [updated and bumped]

Well, clearly, ETERNAL is a favorite. But I also wanted to highlight some books by persons not married to me that I have recommended on this blog over the course of the year.

Leaving Glorytown: One Boy's Struggle Under Castro, by Eduardo Calcines
Sobering memoir of growing up and escaping Communist Cuba.

The Small Adventure of Popeye and Elvis, by Barbara O'Connor
A small adventure with big heart.

Jumped, by Rita Williams Garcia
An intense triangle of hostility at an urban high school.

Soul Enchilada, by David Macinnis Gill
How to beat a deal with the devil.

So Punk Rock, by Micol and David Ostow
Hilarious escapades of a teen trying to decide who he is.

The Pricker Boy, by Reade Scott Whinnem
What is really going amidst the forest of thorns?

The Chosen One, by Carol Lynch Williams
Inside of, and trying to escape, a polygamous cult.
Posted by Greg Leitich Smith at 7:02 AM No comments: 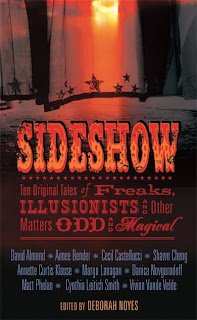 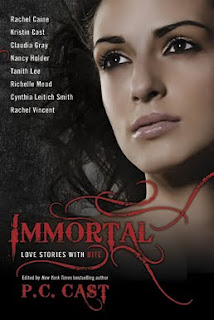 I hope everyone had a great Christmas and a prosperous 2009. One of the pleasures of the year for both Cyn and me was in the publication of short stories.

In IMMORTAL: LOVE STORIES WITH BITE (Benbella), Cynthia has a story entitled "Haunted Love," about a vampire, a ghost, and a human girl in small-town Texas.

Finally, GEEKTASTIC: STORIES FROM THE NERD HERD (Little, Brown) includes a short story Cyn and I wrote together, called "The Wrath of Dawn." It's about a girl named Dawn who goes to a Buffy Sing-Along and takes issue with the treatment of the eponymous character... 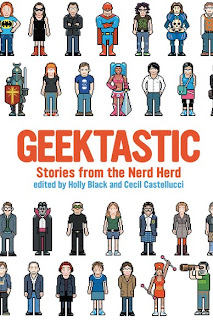 Posted by Greg Leitich Smith at 1:52 PM No comments:

Merry Christmas to all! 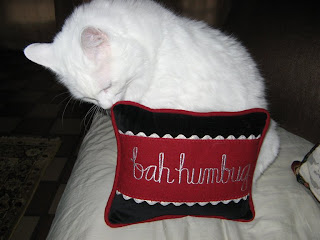 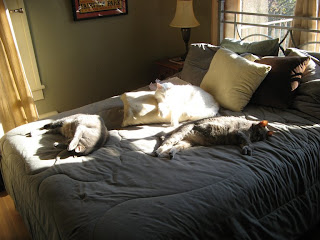 I just want to sleep, saith the felines.

Go see Cynsations for more pics (Scroll down).
Posted by Greg Leitich Smith at 8:30 AM No comments:

The good folks at the Book Kids blog from Book People have been asking authors what books they've been giving for the holidays this year.

Cynthia started it off here, while my selections are here. Check out the rest of the blog for even more! 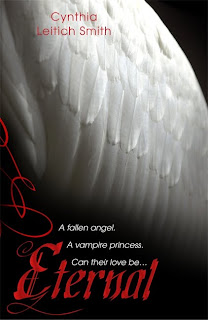 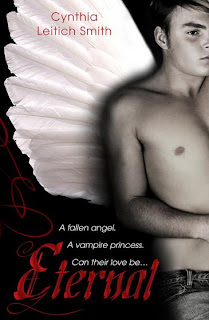 To the left is the cover for the softcover Walker Australia-New Zealand version of Cynthia Leitich Smith's Eternal. (It's also available in hardcover, with the original US cover).

And, it's also available from Walker UK, with the cover on the right.

And, finally, here's the cover for the French version of Tantalize, Sanguine: 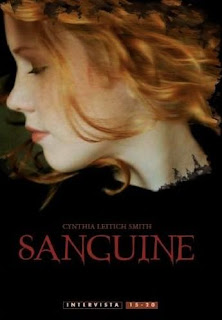 Posted by Greg Leitich Smith at 8:31 AM No comments:

THE SMALL ADVENTURE OF POPEYE AND ELVIS 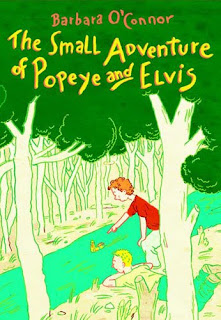 THE SMALL ADVENTURE OF POPEYE AND ELVIS, by Barbara O'Connor (FSG 2009)(7-10). Popeye is bored. Nothing ever happens in the small town of Fayette, South Carolina. Until one day, the Jewell family's giant motor home gets stuck in the mud. And Elvis Jewell decides he and Popeye need to have an adventure.

But Popeye doesn't know what to do since, after all, nothing ever happens in Fayette, South Carolina. But then they discover a boat made from a Yoo-hoo carton floating down the creek. And the boat contains a secret message...

And so they have the makings of an adventure. Well, a small adventure. One that won't get them into trouble. Not much, anyway.

Check out the trailer:

Posted by Greg Leitich Smith at 10:37 AM No comments: 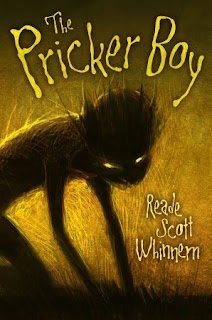 Fourteen-year-old Stucks Cumberland and his friend Pete live year-round at Tanner Pond. But every year, their friends Vivek, Emily, Ronnie, and Stucks's cousin Robin arrive for a summer of fun, swimming, and campfire stories amidst the hawthorne woods.

And every year, they know better than to go into the woods beyond the Widow's Stone, where dwells the Pricker Boy, creature of the thorns. Until now...

THE PRICKER BOY is an intensely compelling and creepy novel. Stucks and his friends and family are lively, fascinating, and sometimes surprising. Highly recommended.
Posted by Greg Leitich Smith at 8:50 AM 1 comment: 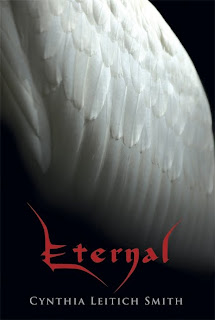 ETERNAL, by Cynthia Leitich Smith (Candlewick 2009). Zachary is a neophyte guardian angel. Miranda is his second, err, charge. In love with her, he breaks the rules to try to save her, which results in catastrophe: she's turned into a vampire and, worse, into the hand-chosen "daughter" of the current bearer of the mantle of Dracul.

Cast from heaven, stripped of his angelic powers, Zachary is forced to wander the earth until he's given one final chance at redemption. Which leads him into the service of his once-beloved in the castle of the current incarnation of Dracula himself...

Can he save himself and her, or did his choice cost them both life eternal?

A striking and brilliantly affecting treatment of sacrifice, redemption, and the struggle of good vs. evil. Highly recommended.

And, yeah, I'm married to the author :-). Also available from Walker UK and Australia.
Posted by Greg Leitich Smith at 9:12 PM 3 comments: 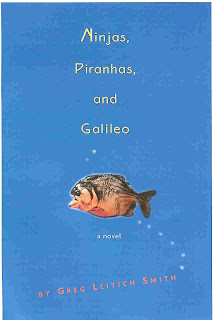 Go check out the Friday roundup at Cynsations for information on how you can enter to win one of three signed copies of Ninjas, Piranhas, and Galileo!

Then stay at Cynsations and read Rita Williams-Garcia's account of her National Book Award experiences.

And, then, if you haven't already, go read my review of Rita's JUMPED, from way back in February.
Posted by Greg Leitich Smith at 6:03 AM No comments:

THE LAST NEWSPAPER BOY IN AMERICA 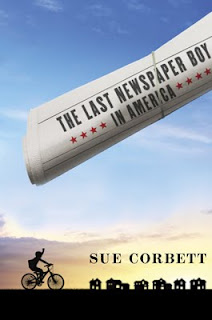 THE LAST NEWSPAPER BOY IN AMERICA, by Sue Corbett (Dutton 2009)(8-12). On his twelfth birthday, Wil David of Steele, PA, is scheduled to take over the paper route a David boy has had ever since their great-grandfather founded the town. But then Wil gets a call from the editor telling him the Cooper County Caller is discontinuing home delivery.

So Wil decides he must save his route, which leads to tangled web including a fortune teller, a carnival scam, a closed hairpin factory, cinnamon rolls and, just possibly, true heroism.

THE LAST NEWSPAPER BOY IN AMERICA offers a (last?) glimpse into small-town life and its relationship to media that are going the way of the slide rule. Wil is smart and engaging as he perseveres to seek a solution to his problems. Supporting characters are likewise quirky and fun. Altogether, a charming read: very 21st Century, yet with an almost nostalgic feel.
Posted by Greg Leitich Smith at 4:12 PM No comments: