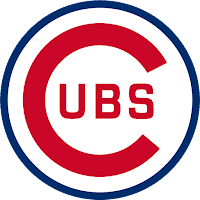 For the first time since 1945, the Cubs are in a World Series.  They haven't won one since 1908.  In that year, Harriet Tubman was still alive.  So was Mark Twain.  And Leo Tolstoy. And Geronimo. And Butch Cassidy and the Sundance Kid.

My high school was founded that year.

It's just baseball, yes, and I have philosophical objections to the culture of professional sports in this country and elsewhere.

But let me repeat: in this, the Year of Our Lord Two Thousand and Sixteen, the Cubs are in the World Series. For all the years since '08, for all the years they had great players like Ernie Banks and Billy Williams and Ron Santo and Ryne Sandberg, this time, they finally, finally made it.

For fans who remember 1945 and bovid mammals of the genus Capra; for those who recall the implosions of 1969 and 1984 and 2003, this time, they did it (Yeah, there were a couple other times they were in the playoffs since '84, but those never felt like their year).  This time, they finally did it.

I remember, in the 70s, my mother taking me and my brother and our friends to the Cubs games, especially on Fridays, which was Ladies' Day and tickets were cheap (Fridays didn't become popular until the 80s).  It was the era of Reggie Jackson and the Pirates and the Big Red Machine of Cincinnati.

There were peanuts outside and hot dogs inside and vendors selling Old Style beer (which of course we didn't drink). There were Andy Frain ushers and no one had even thought about putting seats on the roofs of buildings across the street. There was that deliciously analog giant scoreboard in center field.  (And, of course, there were no big screen high definition TVs.).

I remember our neighbor's cousin from Japan coming to see a baseball game in America and being wowed by Wrigley Field.

I remember some of the coldest spring days of my life sitting along the unreserved seats of left field.

I remember when the Cubs scored 22 runs in a single game. And lost. (I also remember when WGN replayed the game just because it was so awesome.).

I remember when they installed lights and being relieved they architecturally matched the stadium.

And I remember when Hank Aaron came for his first appearance in Chicago after breaking Babe Ruth's home run record and the entire stadium stood and gave him a standing ovation even though he was on the other team.

I remember Jack Brickhouse and being kind of disappointed when he retired and was replaced by Harry Caray who, of course, had covered the White Sox, which was just wrong.

I remember friends being fans of the Reds and the Pirates and the Dodgers and the White Sox, which was just wrong. (For the record, I was not opposed to their winning the World Series a couple years back.  I don't like their new stadium, though.  Or the fact that they took Comiskey off the name).

I totally shouldn't care about professional athletes making millions for their billionaire employers for mediocre performances over the course of a century.  And part of me doesn't.

But it's the Cubs.  And today, every Chicagoan who remembers is ten years old again.  And tonight, that's sublime.

Even if they don't beat Cleveland.  But they will. Unless they don't.  In which case they will do so in the most heart-breakingly way possible. Because they're the Cubs.

And it's what they do.

And there will be a next year.

Posted by Greg Leitich Smith at 10:55 PM No comments: