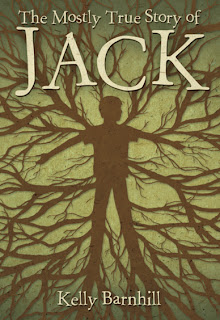 THE MOSTLY TRUE STORY OF JACK is an atmospheric story of family and belonging and good and evil.  Jack is engaging and believable, and the mystery of the dark magic unfolds to a compelling and satisfying conclusion.
Posted by Greg Leitich Smith at 2:26 PM