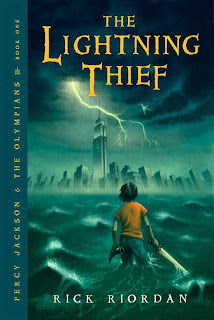 Cynthia has an interview with author Rick Riordan here. THE LIGHTNING THIEF is first in a series of five. Book two, THE SEA OF MONSTERS, is now available.
Posted by Greg Leitich Smith at 7:16 PM