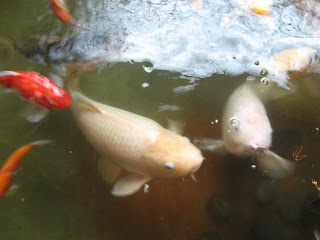 Cyn and I are just back from Houston, where Cyn was a panelist at the first annual Greater Houston Teen Book Convention, held at Alief Taylor High School and in conjunction with Blue Willow Book Shop. 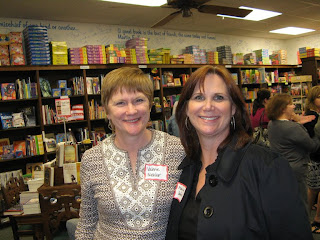 After a quick and pleasant drive up US71/I-10 (the wildflowers are spectacular this year), we checked in at the Omni Houston Westside, had dinner and enjoyed the koi pond. Then we were off to Blue Willow itself for a lovely reception (oddly, we had never been there before, although we'd met all the folks at Mid-South and other events). We then went back to the Omni for a late night snack and a drink with a couple of the other speakers.

Next morning, we were up early, but not too early, and headed over to Alief Taylor High School. There, the organizers had set up a great speakers' lounge off the library, where we could retreat, etc. 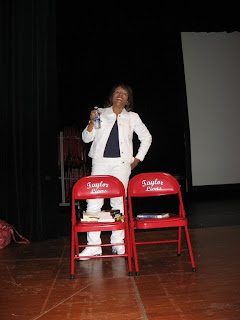 (Sharon poses with her water bottle)

Sharon Draper delivered a terrific keynote, which was followed by a really good lunch from Whichwich. Afterwords, were the two breakout sessions (from the choice of three). I went to the generic YA and the graphic novel sessions. Following that was the signings in the school cafeteria. 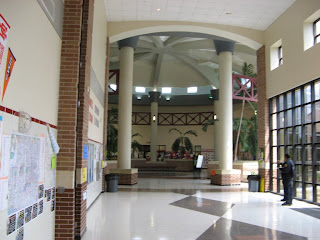 Thanks to everyone who came and thanks to the organizers, librarians, volunteers, and booksellers. See y'all next year!

Posted by Greg Leitich Smith at 9:09 AM