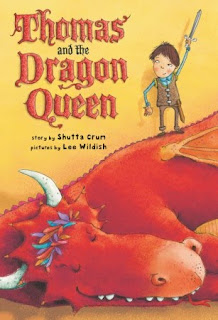 THOMAS AND THE DRAGON QUEEN is a fun and charming story of chivalry and adventure and lake monsters and dragons and a boy's quest to find where he best fits in the world.
Posted by Greg Leitich Smith at 11:07 AM