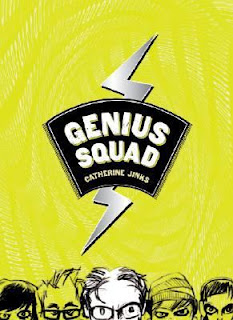 Both novels are fun, entertaining, and suspenseful. Cadel is portrayed in a genuine and engaging fashion (even when undertaking rather appalling "pranks", i.e., felonies.). In GENIUS SQUAD, Cadel is less the anti-hero and more well-rounded and human, as Jinks successfully establishes his growth as a person. The novel additionally provides a suspenseful cliff-hanger to the forthcoming Book 3.
Posted by Greg Leitich Smith at 12:13 PM