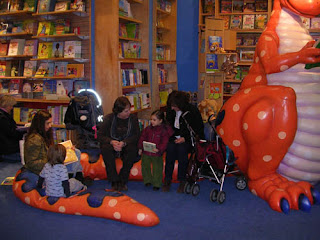 First up on my new Writers and Dinosaurs series is Jane Yolen! 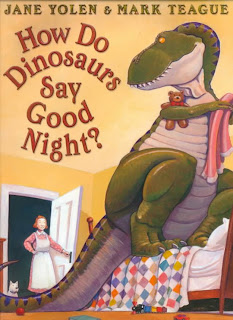 Jane Yolen is the author of more than 300 books for young readers, including the HOW DO DINOSAURS series of picture books, illustrated by Mark Teague (The newest is HOW DO DINOSAURS LAUGH OUT LOUD, published January 2011). Her books have won a myriad of awards, including a Caldecott Medal, a Caldecott Honor, two Nebula Awards, and a World Fantasy Award.

Jane is also the author of the PIT DRAGON CHRONICLES,

which really have nothing to do with dinosaurs. Other than being large and reptilian. :-). (Although, apparently, Chinese apothecaries sell (or used to sell) crushed dinosaur fossils as "dragon bones" for medicinal purposes.).