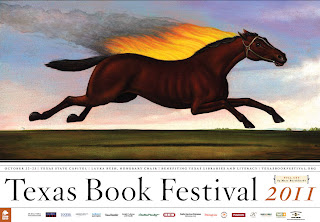 The sixteenth edition of the Texas Book Festival has come and gone to enormous success.  Congratulations and thanks to the book festival staff, organizers, participants, and volunteers!

Cyn and I started this year at the Children's and YA Authors Reception at the home of David and Amy Roberts (she's on the author's selection committee and one of the advocates for the Festival's Reading Rock Stars program).  One of the nice things about the event is the chance to socialize with other authors you've seen at events and conferences but never really get a chance to talk to.
I met James Dashner for the first time, and had a chance to get caught up with Libba Bray, Barry Lyga, and Jill Alexander.

Saturday morning, I took a spin around the exhibits and the Read Me a Story tent, running into Kelly Bennett and Jeff Crosby and a fan: 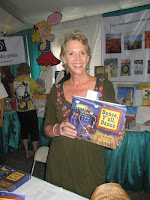 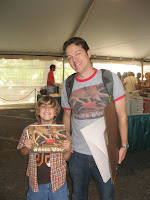 Cyn did her session on graphic novels with Barry Lyga, while I introduced James Dashner, who spoke on THE MAZE RUNNER trilogy.  We met up again at the signing tent: 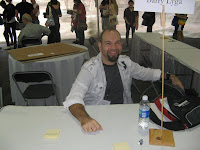 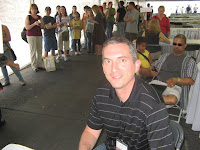 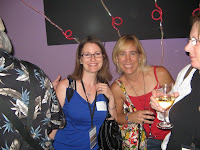 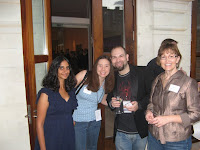 Afterward, we were whisked off to the Texas State Cemetery, for the Lit Crawl, where the librarians were in costume, 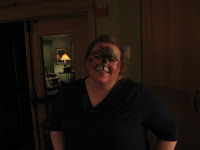 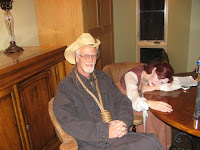 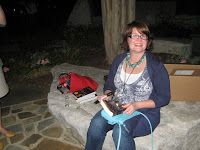 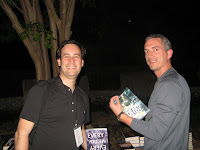 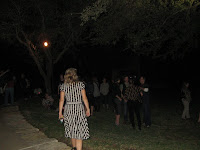 Sunday, we attended a session or two, and I introduced Kenneth Oppel, who spoke on his new novel, THIS DARK ENDEAVOR and his experiences in publishing.  Afterward, Cyn and I went with Kenneth Oppel and Kate Hosford to Manuel's for some margaritas and Tex Mex, followed by a drink at the Driskill Bar. 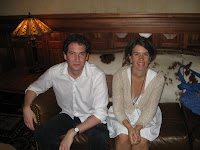 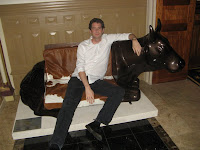 After that, we went home and crashed.  Thanks again to everyone involved in TBF! 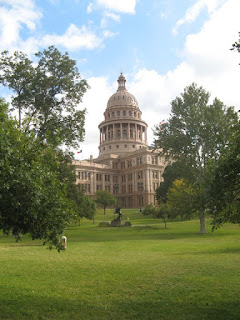 Posted by Greg Leitich Smith at 7:55 AM