Previously held at Westlake High School, the book festival moved this year to the Palmer Events Center at Auditorium Shores in the heart of downtown. 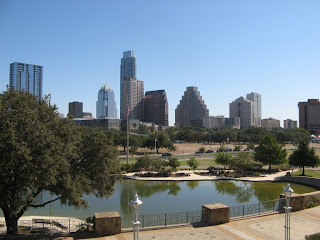 In honor of keynote speaker Scott Westerfeld, the theme of the day was "steampunk."  The Austin Public Library had a steampunk photo booth and steampunk vendors showed their wares in the main hall.  The steampunk decor even made it to the author's green room, which included elegant book-ish decorations: 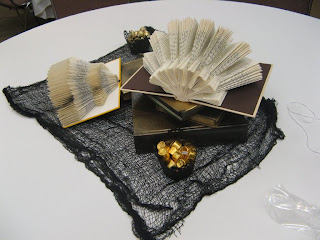 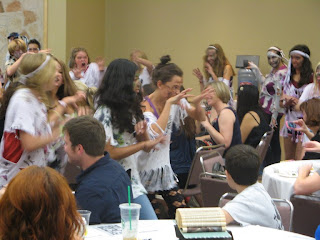 Then we were led into the freight elevator for the trip to the panel site: 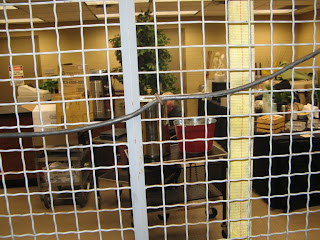 Attendance for panels was standing room only: 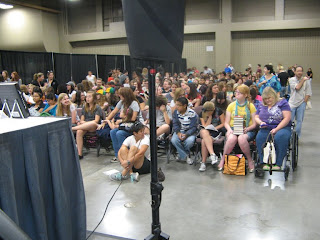 Lunch was a traditional tortilla soup, with plenty of time for mugging to the cameras:

There were more panels post-lunch and book sales (handled by BookPeople) and signings were massive: 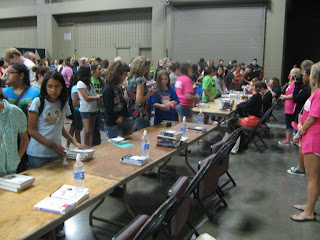 Thanks to everyone who organized, planned, volunteered, and attended!  Can't wait till next year!
Posted by Greg Leitich Smith at 11:09 AM

Had a great time! Thx for the pics!

Sounds like so much fun!! Wish I could've been in two places :)
Thanks for the recap! Carmen