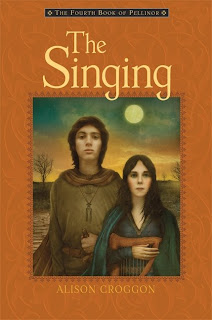 In THE BOOKS OF PELLINOR, Croggon has created a truly epic and compelling adventure in a richly-textured and believable world. Highly recommended.
Posted by Greg Leitich Smith at 6:28 AM