A few months ago, Cyn received an invitation for a complimentary table at Artists' Alley at Austin Comic Con.  This past weekend, Cyn and I manned the table... 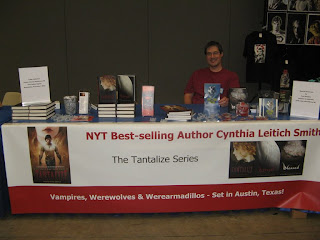 Of course, we weren't the only members of Austin's youth literature community with a presence.  Jeff Crosby and C.S. Jennings also had tables in Artists' Alley. 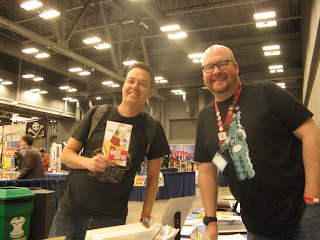 In the exhibitors area, the Writing Ninjas of Texas had a booth, did some cosplay, and sold their books through The Book Spot. 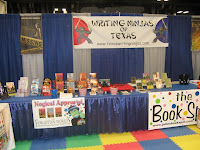 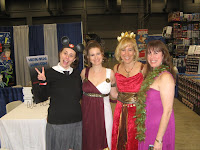 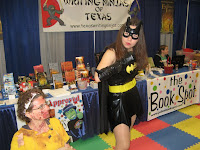 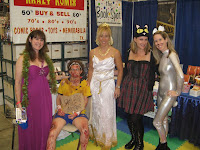 On the whole, there seemed to be quite a bit of steampunk, as well as a lot of DC and Marvel comics, and the occasional Star Trek and Star Wars among the costumes. 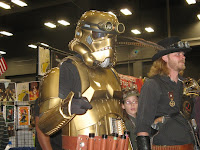 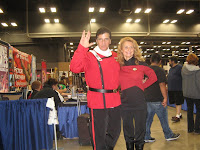 And, we sat across from Peter Mayhew (Chewbacca of Star Wars)! 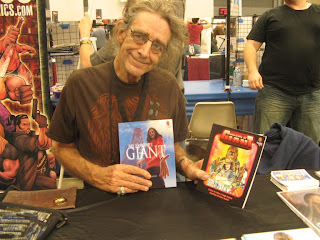 Check out Cyn's report here.
Posted by Greg Leitich Smith at 10:09 AM